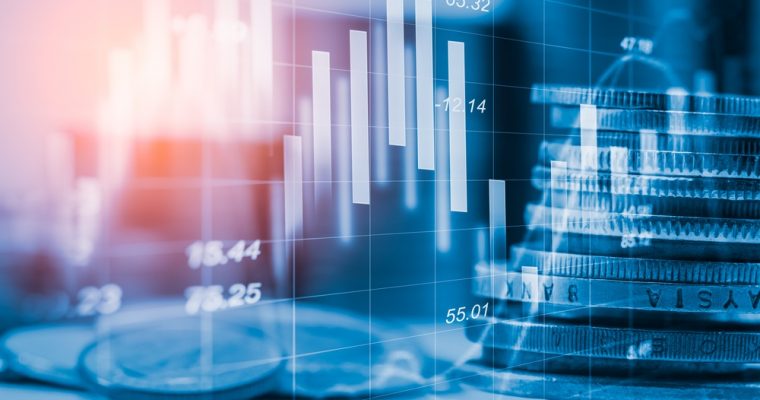 Global Equity markets have started the year exceptionally well, helped by progress on US-China trade talks, the dovish pivot from global Central Banks, better than feared economic data coming out of the US along with comments made by ECB that the board is considering a new round of targeted longer-term refinancing operations (TLTRO).

Year to Date the Dow Jones Industrial Average gained 12.13 percent, while the Standard & Poor’s 500 Index added nearly 15.21 percent. The NASDAQ Composite led, climbing 20.03 percent. While European markets have had a positive start to the year, growth hasn’t been as strong as their US counterparts. Year to Date, the STOXX 50 gained 14.67 percent, the DAX gained 12.76 percent and the FTSE 100 gained 10.31 percent.

We do believe markets will experience another wave lower but continued reduction in political risks and a more dovish monetary policy stance from global central banks should keep markets buoyed, but for how long is the question. If we look at China, despite endless stimulus injections and the largest increase in credit on record, Chinese Manufacturing and Non-Manufacturing PMIs has been contracting for four straight months suggesting the economy is still losing steam and adding to worries about faltering global growth. Although, surprisingly China’s official PMI released on Sunday March 31st showed factory activity unexpectedly grew for the first time in four months in March. This news may help ease market participants worries over the odds of an upcoming recession on a global scale, even though there are plenty of signs suggesting caution.

While we were being distracted by Brexit noise, US-China trade talks and Fed Policy, under the radar is the health of the European economy and specifically the regions two largest economies Germany and France. In contrast to China’s recent PMIs, factories in the euro zone had their worst month in almost six years in March. Recent European economic indicators have been weak, leading to rising speculation that the ECB could further delay an interest rate hike and now may look at measures to mitigate the side-effects of negative interest rates. In a worrying sign, Germany’s manufacturing sector contracted at its fastest pace since July 2012, while new orders posted their steepest drop since April 2009. Although data has been weak, a new wave of monetary stimulus coupled with an improvement in political conditions could act as a tailwind for European markets over the next couple of months.

And to Brexit, yesterday the EU granted Theresa May and the UK a six-month Brexit delay, in the hope that the UK can utilise this period to make their mind up. To her humiliation, Mrs May now must lead the conservative party in the European Parliament elections almost three years after the UK voted to leave the EU. Brexit remains the main short-term risk facing markets, we will be keeping a close watch on developments; the hope is that the UK will have a final solution at the end of October and avoid a hard Brexit.

Going back to the US and the Fed. As we alluded to in our 2019 Investment Outlook note, we believe the Fed has moved from being on passive autopilot to be more readily responsive in terms of rate decisions. Our view is that the Fed will start to cut rates somewhere in the middle of this year. Possibly June to September 2019. And, for this purpose, we are long the very front end of the yield curve which will most benefit from this.

Yields have negative predicting power. The higher they go, the lower they are likely to end eventually. Why is this? Well, higher yields create tighter monetary conditions which in turn ease policy. So, the fact that rates sold off in 2018 only increased the likelihood of rates going lower eventually because that created tighter monetary conditions.

The bond market is telling us a very consistent story, not just the shape of the yield curve, but if we look at the segment that is dragging nominal yields lower, it’s the real rate. There’s not really been an inflation expectation story. The real rate on the US 10-year, looking at the TIPs (Treasury Inflation- Protected Securities) market, has collapsed over the past couple of months. And the real rate is consistent with the view on real growth. The US 10-year treasury yield has fallen c. 31 basis points YTD to 2.49%. 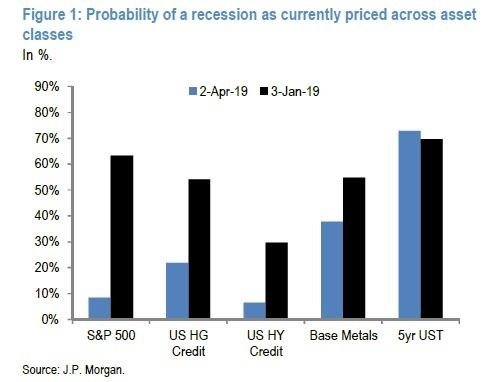 Our view is that in the next 24 months the US business cycle will take its course. If this materialises it is nearly certain the Fed is going back to the old playbooks. In other words, they’re going to cut the funds rate to zero. If the Fed cut rates back to zero funds rate, it would not be an unreasonable forecast to make that the 10-year yield would fall back 1.5 per cent and the 30-year long bond would at least get to 2 per cent. In this environment as stated in our outlook for 2019 note, our preferred equity sectors are Technology, Cloud Services companies, Utilities, Healthcare, Consumer Goods and REITS. We are also looking to invest in blue chip high dividend yielding stocks with low beta.

If we tie this to this outlook on rates to the dollar, we’ve seen a strong performance from the US dollar YTD against most major currencies. The Dollar Index (DXY) is up c. 0.82% YTD. The dollar index is still in a decade-long uptrend. And let’s remember, that decade long uptrend began in 2008. Again, history doesn’t necessarily repeat but it does rhyme, and we think as and when volatility starts to pick up even more in 2019, as it did towards the end of 2018, the dollar’s one of the very last remaining safe havens. As we stated in our 2019 Investment Outlook note, the movement in the dollar holds the key to the global outlook in 2019.

We are cautiously optimistic on equity markets. We have an overweight preference for U.S. equities with the cycle improving on the back of the Fed pause on rate hikes, we are cognisant of valuations becoming expensive although we see them as attractive if economic growth continues. We are neutral on European equities as a result of weakening macroeconomic conditions in the region but believe fiscal stimulus should provide support coming into Q2. We also like the value offered by emerging market equities which have started the year off strong, helped by the recent Fed rate hike pause which should stabilise dollar growth and progress on US-China trade talks.

We are continuing to recommend being overweight fixed income mainly long duration bonds & treasuries, with an underweight view on high yield corporate credit.

We continue to advise our clients to combine a tactical approach with a strategic longer-term allocation approach to preserve capital in volatile markets. In our view, compounding wealth depends not on chasing returns but avoiding permanent losses.

You can find out more about which cookies we are using or switch them off in settings.

This website uses cookies so that we can provide you with the best user experience possible. Cookie information is stored in your browser and performs functions such as recognising you when you return to our website and helping our team to understand which sections of the website you find most interesting and useful.

Strictly Necessary Cookie should be enabled at all times so that we can save your preferences for cookie settings.

If you disable this cookie, we will not be able to save your preferences. This means that every time you visit this website you will need to enable or disable cookies again.